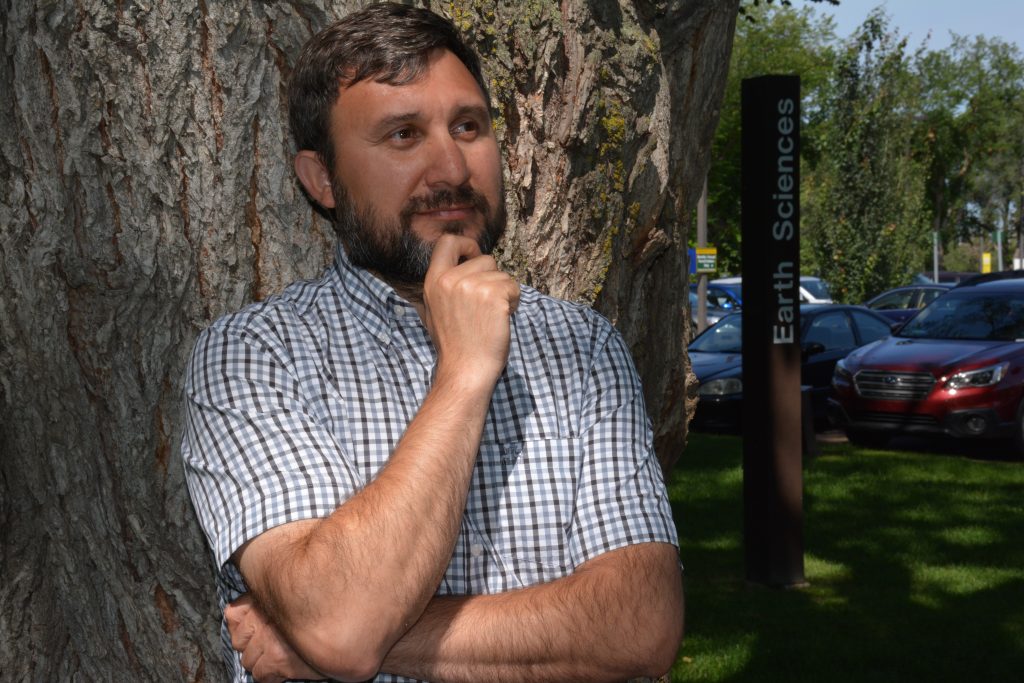 Nadir Erbilgin is a professor of forest entomology and chemical ecology in the Department of Renewable Resources at the University of Alberta-Edmonton. He obtained his academic degrees from Istanbul University (Turkey) (BSc), Stephen F Austin State University (Texas) (MSc), and University of Wisconsin-Madison (PhD). After graduation, he worked as a postdoctoral researcher at the University of California-Berkeley for six years. Since 2007 he has worked, taught and interacted with academic staff and students at the University of Alberta. He has developed a nationally and internationally recognized research program in Forest Health indicated by high-quality peer-reviewed publications, invitation to several prominent national and international meetings and conferences, and international awards and fellowships, including a Canada Research Chair (Tier II) position for two-consecutive terms. His research program examines the adaptive responses (chemical and physiological) of forest trees to biotic (insects, pathogens, microbes) and abiotic (drought, lack of nutrients) stress factors to address complex questions in forest health. His work ranges from plant biochemistry to community and ecosystem dynamics, with conifers as a primary model system. He has a broad expertise in forest entomology and pathology, chemical ecology, and soil microbiology.